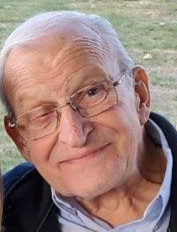 Jack graduated from St. Joseph High School in 1952 where he was well-known as a star basketball player.  After graduation, he attended Williamsport Area Community College to earn his certificate as a plumber and pipefitter.  Jack worked for Pullman Power Products for 40 years, bending pipe with the increment bender and was a member of the Local 520 Union.  Jack shared his love for all things Notre Dame with his family and friends.  He treasured his Blue and Gold Illustrated, which he called, “the bible.”  He would never miss an opportunity to watch the Yankees on T.V. and he loved to kick back in his recliner to watch a PGA match.  Jack loved to sing and had the most amazing voice.  He showed his creative side through drawing and storytelling. Jack adored his family and loved spending time together.

Online condolences may be made at www.SandersMortuary.com

Donations may be made to:

Our love and prayers go out to Barbara and the Paucke family during this difficult time. Jack was one of the best and we loved him and will miss him very much. May your memories be a comfort.
Patti Brennan Snyder and the Snyder Family


A Grove of 3 Memorial Trees was planted in memory of John "Jack" E. Paucke
Message from Cindy and Rick Wagner
September 15, 2021 12:18 PM
Our love and sympathy to Barbara and her family. Jack was a wonderful husband, father , grandfather and friend. He was just a great guy ! You're always in our thoughts and prayers. xxxooo
Message from Scott Wagner
September 14, 2021 12:59 PM
Condolences to Barbara and the entire Paucke family. Jack was always one of my favorites. Will never forget when he came down to Morgantown to visit for the WVU/ND football game back in 2000. What a memorable weekend that was. Gone, but never forgotten, Jack was a kind man who always had a way of making you laugh and feel good.

RIP Jack
Message from Helen Schramm
September 14, 2021 10:15 AM
So very sorry to hear about Jack's passing. Tom enjoyed swapping basketball and Notre Dame stories with him. Now they can watch ND together.
You have my deepest sympathy. Prayers for the family as you face life without your beloved, Jack.
Sincerely, Helen Schramm
Message from Tim Fausnaught
September 13, 2021 7:40 AM
My prayers are with all of the Paucke family... Mr. Paucke was a lot of fun to be around.
Message from Adeline Loftus
September 12, 2021 9:39 PM
I'm sorry to hear of Jacks death. I grew up with Mary Ellen and Jean and spent many occasions with your family. It was a happy time for me which has left me with many happy memories. Adeline (Addie Miele) Loftus
Message from Verna L Caruso
September 12, 2021 12:34 PM
Jack was my neighbor of more than 20 years and I will miss his bigger than life personality. I will always cherish his friendship. It just won't be the same without him. My love and condolences to Barb and the entire Paucke family. We are all here for you.

A Memorial tree was ordered in memory of John "Jack" E. Paucke by Hope & Brent Arnesen.

Sending you our deepest condolences.

A Memorial Tree was planted for John "Jack" E. Paucke