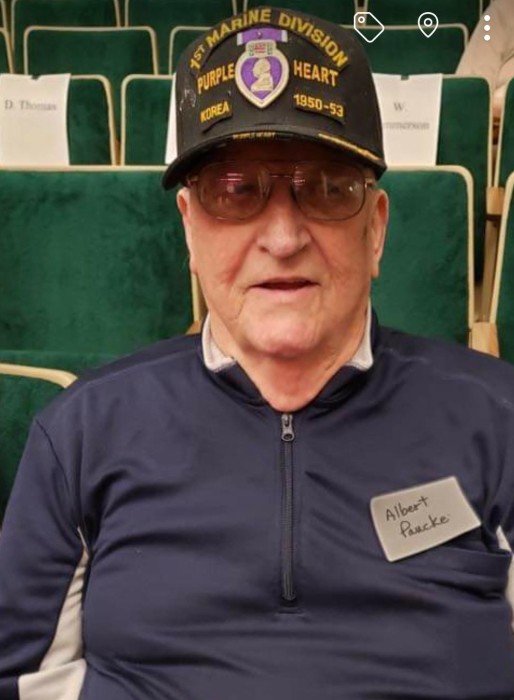 Born March 26, 1931 in Williamsport, he was a son of Albert J., Sr. and Delores E. (Hannan) Paucke. Surviving is his loving wife Joan (Staccone) Paucke whom he married on February 23, 1957, a brother Jack E. Paucke (Barbara) of Williamsport, and many nieces and nephews that he so dearly loved.

Al was a graduate of St. Joseph High School and retired as a pipefitter in 1993 from the Plumbers and Pipefitters Union #520. Al was a Notre Dame and New York Yankee fan. Al’s dedication was to his Country, having served in the Korean War with the 1st Marines, 1st Marine Division. For his time served with the Marines he was awarded the Korean Service Medal with two Bronze Stars, Good Conduct Medal, United Nations Service Medal, National Defense Service Medal, and the Purple Heart, with one Gold Star for the second Purple Heart. He was a member of the Korean War Veterans of Lycoming County.

In lieu of flowers memorial contributions in Al’s name may be made to the Korean War Veterans of Lycoming County PO Box 3232 Williamsport, PA 17701.

Donations may be made to:

When scanned by a smart phone, the image below will take the user to this online obituary.