Share a memory
Obituary & Services
Tribute Wall
Read more about the life story of Woodrow "Woody" and share your memory.

Born February 25, 1948 in Williamsport he was a son of the late Woodrow W. Crist Sr., and Ruth B. (Abernatha) Auerbach of Florida.

Woody was a 1966 graduate of Loyalsock High School and retired from the maintenance department at Shop Vac. He was a former member of the Fraternal Order of Eagles and the Sons of Italy. Woody enjoyed history research and wrote a book on the history of Lycoming County Bowling. He was an avid golfer and an accomplished bowler.

Woody was inducted into the Lycoming County Bowling Association Hall of Fame in 1994 and Pennsylvania State Bowling Association in 1995. He is the author of 85 ABC honor scores: 19-800 series, 41-300 games, 19-299 games and 6-298 games. Throughout his 45-year bowling career which began in 1959 he has been honored 52 times with various awards including; 6 Most Valuable Bowler Awards, 11- time member All-Star Team, 14 times high average, 6 times high series, and 5 times high game. He captured a record of 7 Bowler of the year titles over 4 decades, while competing for 29 consecutive years. Woody won 10 LCBA Tournament titles, 3 in 1975 and is only the third man to accomplish that feat. He bowled in 10 PSBA Tournaments, holds 2 state titles: 1974 Handicap and Scratch Team Champs. Additionally, Woody bowled in 11 ABC Tournaments, having a 191.4 average. He is a former member of the PBA where he was a touring professional in the 1970s and 1980s. Woody was the first bowler to break the 220 barrier in 1974-75. He has also broken 2 ABC records in the 1993-94 season, by recording his 67th 600 series in a row in the same league, the Harvest Moon 3 Man Major, also an overall record.

In addition to his father, he was preceded in death by his step father, Cullen Auerbach.

A time of visitation to honor the life of Woody will be held 1- 2:30 p.m. Friday, January 20 at Sanders Mortuary, 821 Diamond St., Williamsport. Burial will be held privately in Wildwood Cemetery.

Online condolences may be made on Woody’s memorial page at www.SandersMortuary.com

To send flowers to the family or plant a tree in memory of Woodrow "Woody" W. Crist, Jr., please visit our floral store. 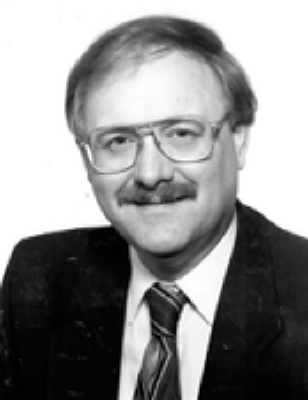