Share a memory
Obituary & Services
Tribute Wall
Read more about the life story of Terry and share your memory.

Born March 29, 1943 in South Williamsport she was a daughter of the late Prosper and Leona (Hunsinger) Maneval.

Terry was a 1961 graduate of South Williamsport High School and retired from the Williamsport Area School District after 20 plus years of service as a secretary.

She was a faithful member of Lycoming Christian Church where she served on various committees and helped wherever she was needed throughout the years. Terry enjoyed photography, scrapbooking and puzzles. She loved her family dearly, gave the best hugs and treasured being a "Grammy." Her vibrant, outgoing and social personality, loving everyone she met will certainly be missed.

A memorial service to honor the life of Terry will be held 10:30 a.m. Wednesday, Nov. 30 at Sanders Mortuary, 821 Diamond St. Williamsport. Burial will follow in Woodward Twp. Cemetery, Linden. A visitation will be held 6-8 p.m. on Tuesday Nov. 29 at Sanders.

In lieu of flowers, memorial contributions in Terry’s name may be made to Lycoming Christian Church, 20 Chapel Hill Rd., Linden PA 17744.

To send flowers to the family or plant a tree in memory of Terry L. Carpenter, please visit our floral store. 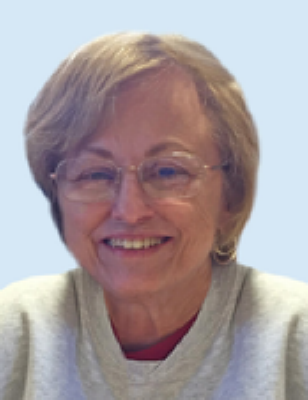