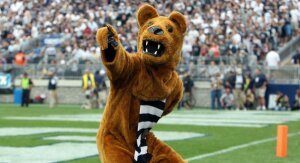 Kevin L. Confer, 59, of Salladasburg passed away unexpectedly following surgery Thursday, Dec. 31, 2020 at UPMC Susquehanna. Surviving is his loving wife and best friend, Sandra L. (Dugas) Confer. They were married June 27, 2015 but shared a total of 14 years of love and laughter.

Kevin was employed by Wirerope Works as a machine operator for 20 years. He was a member of Maple Springs United Methodist Church. He enjoyed traveling, hunting, fishing, bowling and playing fast-pitch softball. Kevin was a diehard Penn State sports fan but truly relished the time he spent with his family including his many cousins he thought of as brothers.

In addition to his father he was preceded in death by a brother, Michael Confer.

A celebration of life service will be announced at a later date.

Memorial contributions may be made in Kevin's name to The Salvation Army, 457 Market St., Williamsport, PA 17701.
Online condolences may be made under Kevin's memorial page at www.SandersMortuary.com.

To send flowers to the family or plant a tree in memory of Kevin L. Confer, please visit our floral store.

You can still show your support by sending flowers directly to the family, or by planting a memorial tree in the memory of Kevin L. Confer