Share a memory
Obituary & Services
Tribute Wall
Read more about the life story of Helen and share your memory.

Helen June (Marley) Wolfe, 93, of Williamsport passed away Thursday, January 19, 2023 at her home, surrounded by her family.

June graduated in 1946 from South Williamsport High School and in 1948 from Dickinson Junior College, Williamsport, with an associate degree in Secretarial Science. She had Real Estate Sales and Rental Management training and received a PA Real Estate Salesman’s license.

She worked for Mallalieu-Golder, Inc. as a Real Estate and Insurance Secretary, and as a Real Estate Saleswoman and Rental Manager at Sheridan Plaza. June retired February 2002 from McCormick Law Firm after 21 years as a Paralegal.

June was a member of St. Joseph the Worker Parish, served as lector, and served as a facilitator in the Renew Program and Sponsor in the R.C.I.A. program.

Not only was she blessed with her children and grandchildren but also her 10 great grandchildren: Corey and Austin Summers, Shianna Wolfe, Daniel C. Wolfe, Finlee and Asher Wolfe, Ava and Isabelle Boyer, Cohen and Arien Moon and many nieces and nephews.

In addition to her parents, she was preceded in death by her husband of 50 years, Daniel C. Wolfe in 2001; two daughters, Susan in 1995 and Jennifer in 2015; and two sisters, Mary Jane West and Betty Lou Watson.

A Mass of Christian Burial to honor the life of June will be held 10 a.m. Tuesday, January 24 at St. Joseph the Worker Parish, 702 W. Fourth St. Williamsport. Burial will follow at Wildwood Cemetery. A viewing will be held from 4-6 p.m. on Monday, January 23 at Sanders Mortuary, 821 Diamond St., Williamsport.

In lieu of flowers memorial contributions may be made in June’s name to the Susquehanna Health Foundation c/o Home Care & Hospice, 1001 Grampian Blvd., Williamsport, PA 17701.

Online condolences may be made on June’s memorial page at www.SandersMortuary.com

To send flowers to the family or plant a tree in memory of Helen June (Marley) Wolfe, please visit our floral store. 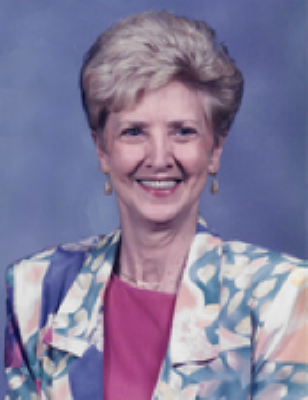