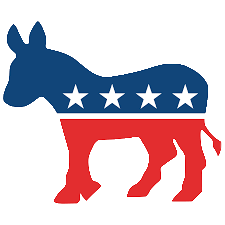 Darrel was a 1966 graduate of Williamsport High School and retired in 2008 after 28 years from the United States Postal Service.

He enjoyed hunting, fishing, reading and anything sports related. Darrel was a firm believer in conspiracy theories and would share his political views nightly with Rachel Maddow on MSNBC’s “The Rachel Maddow Show”. In lieu of flowers, in the words of Darrel “Vote for a Democrat”. He believed in decent humanity, supporting whatever your views were as long as you stood strongly behind them, and could make conversation with complete strangers for hours.

Surviving in addition to his wife are two daughters, Missy A. Magargle, of Williamsport and Melinda A. Bilbay, of Oklahoma; and six grandchildren, Jordan, Michael, Sydney, Darrel, Erin, and Kendrah.

In addition to his parents he was preceded in death by a brother, Clyde C. “Bud” Rogers and his sisters, Janet E. Wolf and Marjorie L. Withers.

To send flowers to the family or plant a tree in memory of Darrel E. Rogers, please visit our floral store.