Share a memory
Obituary & Services
Tribute Wall
Read more about the life story of Carol and share your memory.

Carol was a graduate of Williamsport High School. She was a high school secretary for the South Williamsport School District for 28 years.

Carol was a devout member of St. Lawrence Catholic Church. She spent many years baking cakes to celebrate weddings and birthdays in the community. Carol was a loving, kind, and gentle soul who enjoyed spending time with her family, being a “Grammy” and spending quality time with her WW friends. She enjoyed knitting and collecting many treasures, but especially carousel horses and decorative snowmen. Carol was the organizer of many bus trips and enjoyed traveling.

In addition to her husband and parents Carol was preceded in death by three siblings, Patricia DeSanto, Rose Marie Martin and Joseph A. Borrosco, Jr.

A Mass of Christian Burial to honor the life of Carol will be held, 10:30 a.m. Friday, January 27 at St. Lawrence Catholic Church, 800 W. Central Ave., South Williamsport. Burial will follow in Montoursville Cemetery. A visitation will be held 6-8 p.m. on Thurs. January 26 at Sanders Mortuary, 821 Diamond St., Williamsport.

In lieu of flowers, memorial contributions may be made in Carol’s name to the Susquehanna Health Foundation c/o The Gatehouse 1001 Grampian Blvd Williamsport, PA 17701.

Online condolences may be made on Carol’s memorial page at www.SandersMortuary.com

To send flowers to the family or plant a tree in memory of Carol J. (Borrosco) Hart, please visit our floral store. 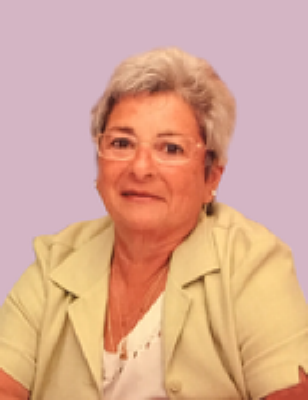